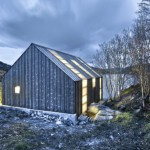 By almost any measure, Norway is one of the most livable nations on earth. Its average household income, government services, education and literacy, health care, and environment are at or near the top in almost every major index. Norwegians are among the most active people in the world, and the younger generations are rapidly transitioning the traditional pursuits like nordic skiing in freeride and new school permutations (it’s not an accident Norway is a center of base jumping and windsuiting).

I’d say Norway is a leader in weekend cabins too. Norwegians consider the summer and/or winter getaway to be a birthright, and when you combine that with a Scandinavian propensity for considered simplicity and clean, modern lines, you get a culture that’s created some of the most desirous properties at any latitude. Including this boathouse.

Yes, a boathouse,. a boathouse built with more attention to detail that the vast majority of living houses. Located in Aure, More og Romsdal, and called Naust paa Aure (Boathouse Aure), the structure is built with wood reclaimed from the original boathouse, which dated to the 1800s. Indeed, some of the paneling is 150 years old. 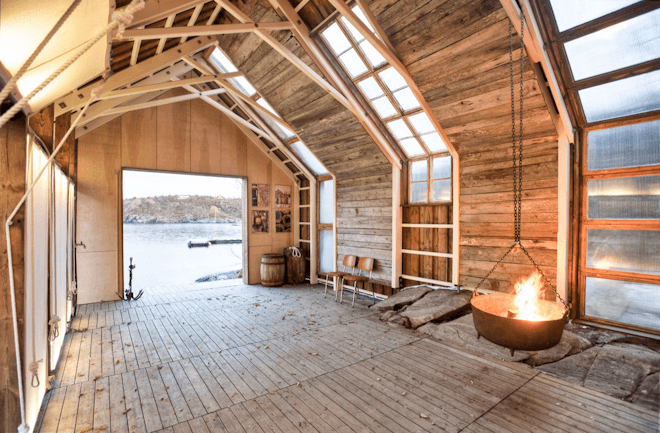 It’s mixed with an exterior of Norwegian pine that’s treated with a sugar cane byproduct to give it a grey hue that settles nicely into the landscape. So, too, does the fact that the boathouse is built around and on top of the site’s boulders, which peek under one of the walls and remind that habitation is temporary compared to the endurance of rock. 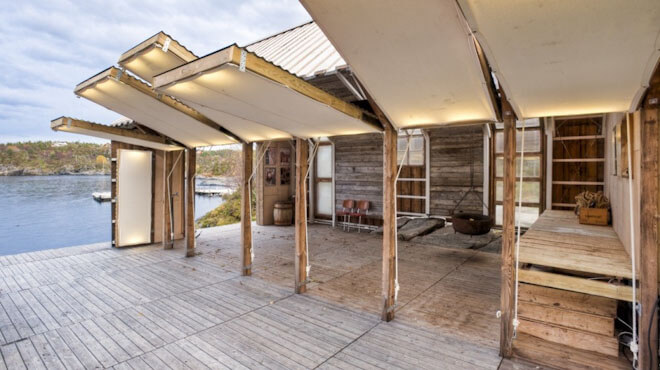 Across Norway, old structures are being repurposed. In this boathouse, hardy fishing boats have been replaced with sea kayaks and climbing gear. In the Lofoten Islands, fisherman’s shacks called rorbuer are being renovated and used for tourist accommodations. Wherever you look, the modern is mixing with the old to meet the new. But rarely is it achieved so perfectly as here, at Naust paa Aure. By Steve Casimiro. 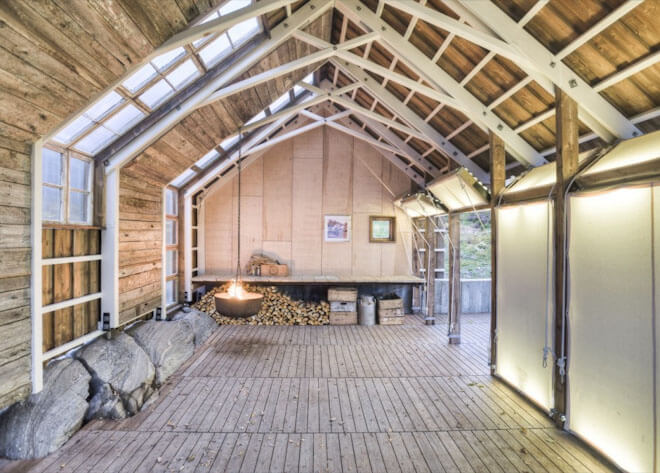