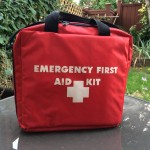 I am not an expert on natural disasters, especially earthquakes. Myself, I have lived through three of them though which in itself is an anomaly. When I engage in a conversation with friends at a bbq, party, or colleagues at work, I ultimately end up on a subject that seems to always ended up crushing their own beliefs, and what their own ideas in best practices for surviving a natural disaster.

First and foremost there is no such thing as enough Earthquake preparedness. Sure you can have a plan and try your best to stick with it, unfortunately, you never know what to expect. When was the last time you were in that situation? A lot of friends and strangers look at me bewildered as to why I do take a laid back approach to these kinds of catastrophic events. I start by saying, “I’ve lived through a few more than my share” of natural disasters including 2 tornadoes, a civil war and a volcanic eruption”.

I was only five when I experienced the Managua 1972 earthquake. Those, are memories that stay with you forever, what happened, how it happened, and why our family survived it. My dad was instrumental in helping me, my mom, and my sister, survive this phenomenal experience. I am alive because it was just pure luck. Luck was still on my side for the Mexico city 1985 and San Francisco 1989 earthquakes too.

The volcanic eruption happened while visiting Nicaragua in 1999. Looks like natural disasters follows me doesn’t it ? Sure seems I am a magnet for events such as these. Well, let’s just say it does not help coming from a place where there are 19 volcanoes within 300km/160mil strip of land along the pacific coast of Nicaragua.

On any giving day on this coastal land we may experience such activity, people have lived for hundreds of year with one form of eruption or another and earthquakes are not far behind. I am thankful to say “I’ve learn to live with it” and adapt.
The two tornadoes I experienced was when I was traveling through Oklahoma and the other one was in Alberta, yes, you read that right! North of Edmonton while tree planting.

I am sharing these experiences not to alarm you but to share with you my own beliefs and experiences. This is not a post to create panic or an anti-travel to these places post. Let’s not deviate from the real topic, “earthquake myths”.

Such beliefs exist only from what one will read or hear. Being prepared is key to surviving a natural disaster and knowing how to keep safe if such an occurrence happens. The media has a tendency to sensationalize, and at times exaggerate the facts when a disaster does occur.

A reporter and his film crew were chasing a storm in tornado alley in the middle of Arkansas when it got to the point where they have to find shelter under a highway overpass. A study later showed that numerous death resulted from the new’s clip erroneous message that, you know, sheltering from a tornado under an overpass was a good idea. 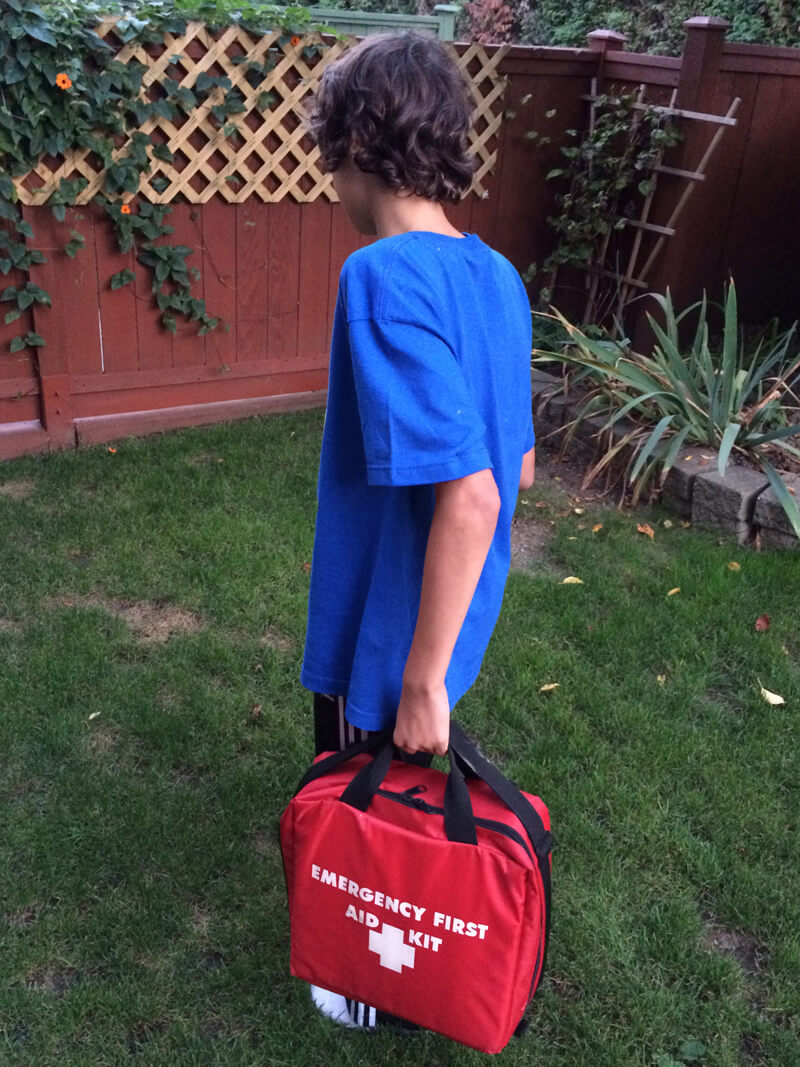 Earthquakes are no different, living here on the West Coast one should be prepared and relinquish that myth “it won’t happen here”. People in the Northwest and BC have this idea that a big West Coast quake is going to dissipate or simply won’t happen here. The seismologist community are very aware of the coastal seismic dangers underneath the Pacific Northwest.

The Cascadia fault in fact is very active and recent studies shows more importantly the Japanese collected a lot of data after their recent 2011 tsunami showing that a massive quake happened in the 1700’s.
Core sea bed samples are showing us we are due for another one. The problem is no one can actually predict when!

I hear this one from people all the time “if my house doesn’t fall down I’ll be alright” sure we have better building codes here in Canada than for instance Haiti, but an earthquake has never happened here on a scale of that magnitude. Therefore, we really don’t know if buildings will cope with a blow from Mother Nature like that.

Safety is not a luxury and when it comes to spending the money on earthquake infrastructure this certainly needs to be highly considered in the government’s budget.

To be honest not all our bridges are up to standard and some of them crucially linking the city are more than 50 years old. Also, while your home might not suffer damage it is your belongings inside that might hurt you, non-structural items like your cabinets full of books, large appliances, or any other sentimental or heavy pieces that might fall on you or block the way for you to access the exit to safety. One of these might be the hazard you don’t count on.

“48 hours of emergency supply” another favorite myth. I’d say more like a week! The Japanese tsunami event proved to be a nightmare for authorities realizing that a couple of day’s supply was not enough addressing safety protocols concluding that not 48, not 72 but at least a week of supplies is the estimate, and possibly beyond that. Think about it when tunnels and bridges collapse, resources will get overwhelm.

Now, on that note even I think it’s a bit unrealistic to store a week’s worth of supplies at home when some of us can’t even afford groceries in these challenging economic times. My suggestion would be a basic emergency pack that includes
Bottled water, non perishable food items, batteries,flashlight ,and a first – aid kit. Keep it simple but resourceful. 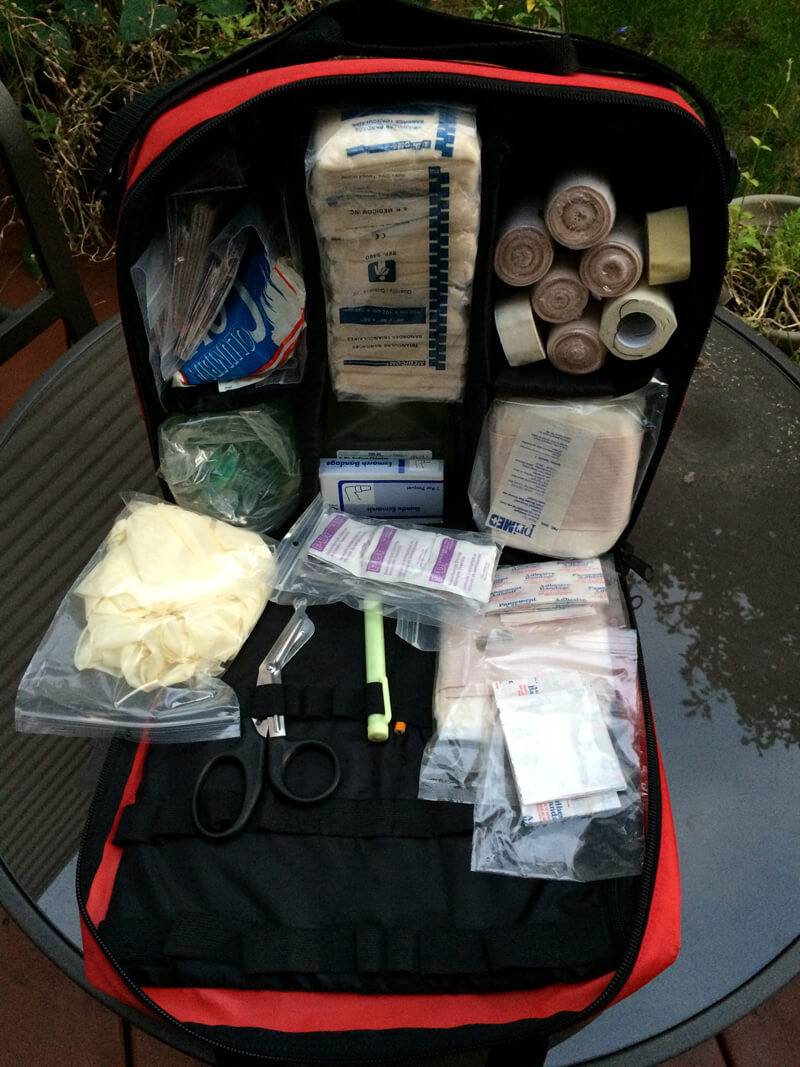 I hope this helps you keep a practical approach to these kind of events,. Nobody knows when they’re going to happen or how long you have before you need to stock up on supplies my advice is just take it as it comes. The odds of surviving a natural disaster are fairly high.

Have a plan for home, a safe place to meet your family, or other survivors. Please take heed and do not stand under a doorway, you’re more likely to be hit by debris. As for escaping outside try to get to a table and duck your family or small children under it. This is the least you can do in a situation to shelter them from falling debris. If living in a high rise its better to stay inside and avoid buildings around you from imploding glass and fallen stone.

Have you had an earthquake experience? Do you have any survival tips you would like to share? Tell us about it, what did you do to survive? What was your plan?

6 Responses to “Shaking that Earthquake myth off your mind!”