A White Rhino and her calf walk in the dusk light in Pilanesberg National Park in South Africa’s North West Province April 19, 2012. Elephant and rhino poaching is surging, conservationists say, an illegal piece of Asia’s scramble for African resources, driven by the growing purchasing power of the region’s newly affluent classes. In South Africa, nearly two rhinos a day are being killed to meet demand for the animal’s horn, which is worth more than its weight in gold. 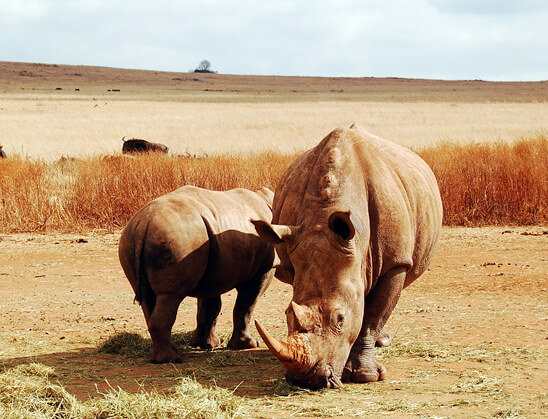 On August 4, 2014 at the U.S.-Africa Leaders Summit in Washington, D.C., leaders from both sides of the Atlantic gathered to discuss the major challenges and areas of current success in the fight against illegal wildlife trafficking and trade in Africa and beyond. Key issues and opportunities were addressed in this critical issue for people, the environment, and Africa’s future.

Over the past two years, the world has begun to awaken to the double threat posed by illegal wildlife traffickers: (1) the cruel killings of tens of thousands of Africa’s most iconic animals and the growing tragedy triggered by the mass killings, including the fraying of Africa’s deep cultural, environmental and economic linkage and shared identity with its wildlife; and (2) the corrosive influence that massive illegal wildlife trafficking is having on important U.S. interests in Africa and Asia, spawned by the traffickers’ unholy alliances with militias, terrorist groups and corrupt officials. 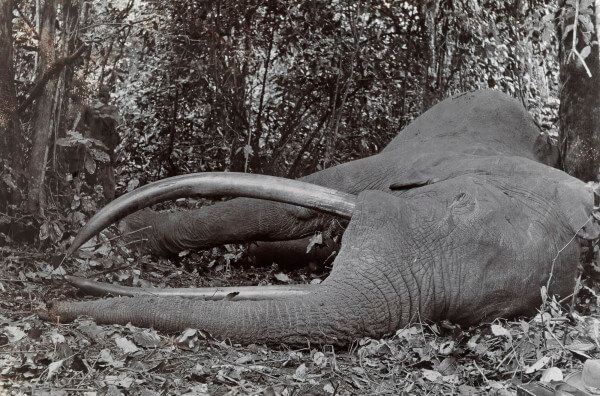 wildlife trafficking crisis is devastating elephant and rhino populations, while threatening other wildlife species and fueling insecurity and corruption throughout Africa and Asia.

Then-Secretary of State Hillary Clinton drew attention to these emerging threats in an important State Department address in November 2012. She triggered the U.S. intelligence agencies’ analysis and subsequent confirmation of the ties between the criminal syndicates involved in wildlife trafficking and their connection with militia and terrorist groups. Simultaneously, officials in the U.S. Department of the Interior — which oversees African wildlife programs through its Fish & Wildlife Service and is the U.S. lead in implementing the international convention that restricts trade in endangered species (CITES) – helped to sound the alarm within the Administration.

The poaching of protected species and the illegal trade in wildlife and their derivative parts and products (together know as “wildlife trafficking”) represent an international crisis that continues to escalate. Poaching operations have expanded beyond small-scale, opportunistic actions to coordinated slaughter commissioned by armed and organized criminal syndicates. The survival of protected wildlife species such as elephants, rhinos, great apes, tigers, sharks, tuna and turtles has beneficial economic, social and environmental impacts that are important to all nations. Wildlife trafficking reduces those benefits while generating billions of dollars in illicit revenues each year, contributing to the illegal economy, fueling instability, and undermining security. Also, the prevention of trafficking of live animals helps us control the spread of emerging infectious diseases. For these reasons, it is in the national interest of the United States to combat wildlife trafficking.” 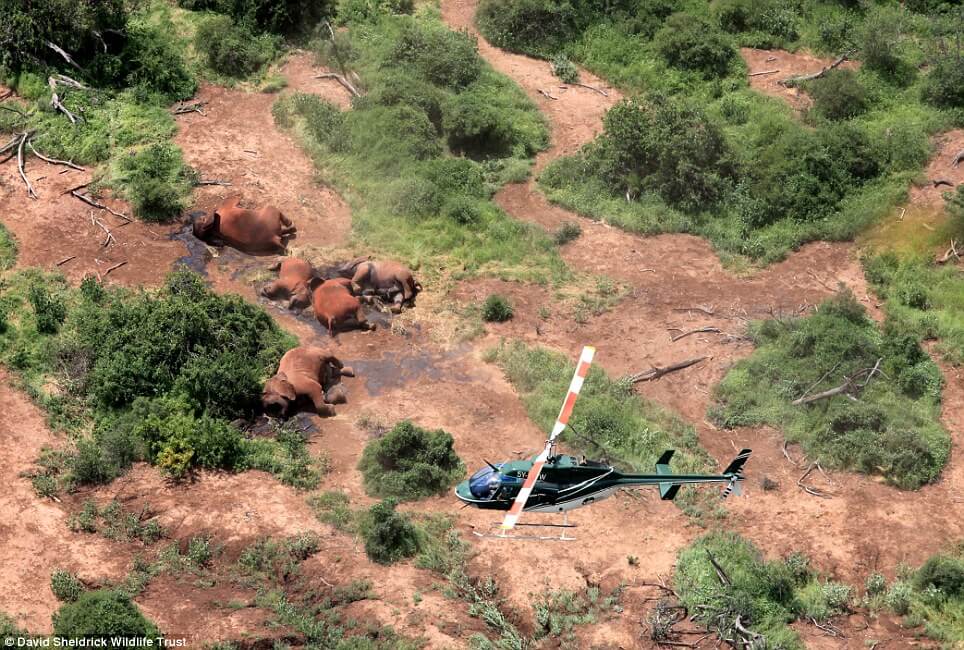 Distressing: This heartbreaking image shows four of the 11 elephants hunted down and killed by poachers in the Tsavo Conservation Area in Kenya in January 2013

Leading countries must tackle the wildlife trafficking crisis that is devastating elephant and rhino populations, while threatening other wildlife species and fueling insecurity and corruption throughout Africa and Asia. The President has kicked off an Administration-wide initiative that, if African and other world leaders embrace it, can break the back of the criminal syndicates that lie behind the slaughter in Africa’s forests and savannas. Let’s hope that the U.S.-Africa Summit advances the effort and provides more than lip service to this unfolding tragedy.