The coastal rain forests of Vancouver Island, British Columbia, cast a spell on a visitor. “In the winter, everything is so misty and ethereal it feels like you’re in a different world,” photographer Bronwyn Proven says. “The island is like fairy country. It lulls you with its beauty, and once you’ve spent a few winters, it’s almost impossible to leave.”

There are countless trails and outdoor activities on Vancouver Island, I will only mention a couple because I don’t want to make this boring for you.. but this one you must do in your lifetime.

The West Coast Trail was originally built as a lifesaving trail for shipwrecked mariners? Historically this trail is known as the Graveyard of the Pacific. Today this 75 km long trail is world renowned for its awe-inspiring scenery. The entire trail is rather demanding and takes a minimum of five days to complete. 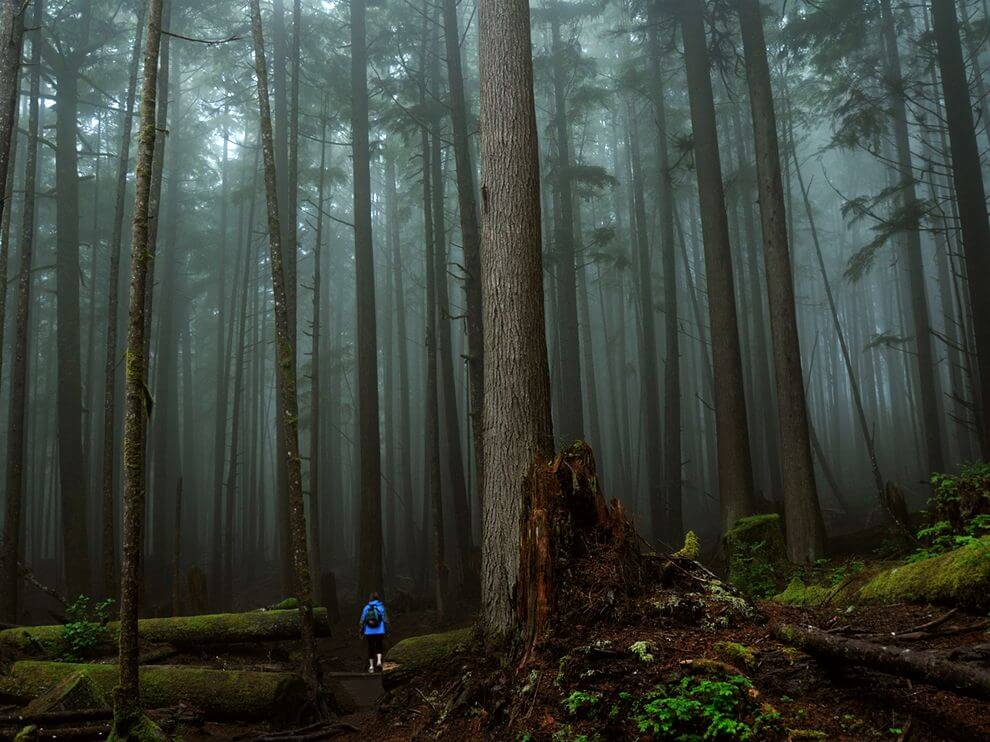 Carmanah Walbran Provincial Park is home to some of the world’s largest spruce trees, some reaching heights in excess of 95 metres (310 feet) and living for 800 years and more?Sitka spruce forests are rarely found more than 80 km inland and at elevations greater than 300 meters. The Park’s wide groves of spruce attain a biomass (weight of plants by hectare) that is nearly twice that of a tropical forest. Additionally the park is home to ancient, knotted cedars estimated to be over 1,000 years old. Several hiking trails offer spectacular opportunities for different wilderness experiences.

Tofino was named by two Spanish explorers, by Captains Galiano and Valdez in 1792, after their teacher Spanish hydrographer Vicente Tofino de San Miguel. Contrary to popular beliefe, Vicente Tofino was not on the voyage but was highly regarded by his students. Its a pretty village at the tip of Esowista Penninsula near the entrance to Clayoquot Sound on the west coast of Vancouver Island. 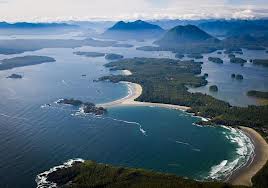 Radar Beach, Long Beach, Combers Beach, and Wickaninnish Beach run successively from north to south and stretch for 15.5 mile between Cox and Quisitas Points. Radar Beach is rugged and puts up a fight when pummelled by the surf. If you only have a short amount of time, head directly to Long Beach. Depending on the season and the height of the swells in Wickaninnish Bay, not to mention the thickness of the mist, you may see surfers, sea kayakers, cyclists, kite flyers, hackey-sackers, disc tossers, swimmers, joggers, and walkers at play on the hard-packed sand. Something about the enormity of Long Beach just makes you goofy.

2 Responses to “Walking through the rain forest of Vancouver Island, Canada”