As a child, the Gold Coast was a familiar name to my wife. Her friends in school often had their vacation there and somehow she associated it with theme parks and over-commercialized tourist attractions. She was clearly wrong. Having just spent a week on the Gold Coast in Australia’s Queensland, I’ve come to realize how diverse it actually is. Locals embrace the surfing and outdoorsy lifestyle here and as for visitors, there’s a wide spectrum of places to explore, from the long and wide coastline to the extreme sports and rugged hinterland. I’ll be sharing more of what I discovered on the Gold Coast on another post but meanwhile, enjoy a photo of of one the most stunning coast in the southern hemisphere. 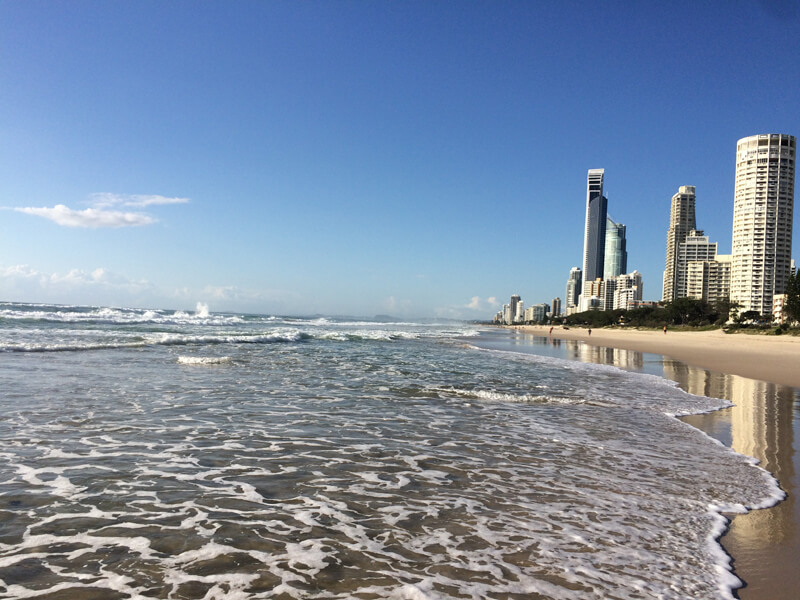 Over 70km of golden sand coastline its certainly a surfer’s paradise.

Snapper Rocks is famous for more than just being ridiculously good looking. This is where the best of the best surfers come to have a play.
Currumbin Rock Pools is almost as refreshing as the water itself. The road winds through lush forests and small country farms and cafes.
Braodwater Parklands, this place was built to make going out for the day and having a good time as easy as possible. There are multiple toilets and BBQ areas and a safe swimming beach for the older kids as well as a rock pool for the little ones.

Greenland is a unique, home-ruled Inuit nation, it is now actually the 12th largest country in the world (technically in the final stages of realizing its independence from Danish rule). However, for all its size it’s relatively vacant having under 57,000 residents, about 90% of them Inuit. South Greenland is still the country’s agricultural hub, its tender lamb is a sought-after commodity in Europe, making it an off-the-beaten-track foodie destination for those who also like to hike, kayak and iceberg watching. 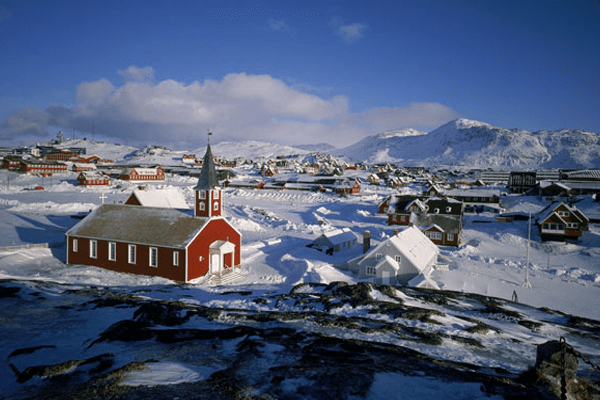 With only 57,000 people Greenland its more than two times the size of Yukon Territory.

Its also the home of gourmet local cuisine such as the smoked reindeer with wild Greenlandic sorrel, or traditional “mattak” (whale skin) with sub-arctic herb angelica-garlic-rosemary pickles.” At one of the sheep farms that host guests in the region, that of Lars and Makkak Nielsen. “Our sheep eat the wild thyme in the meadows and it flavors the meat,” says Makkak, setting a platter laden with one of their crispy-skinned, slow-roasted lambs on the dining room table alongside a pot of reindeer stew. There are potatoes, turnips and carrots from the garden and angelica harvested from the wild. Dessert is tundra blueberry cheesecake.

We pass the foot of Qooroq glacier and drift awhile with the current, the absolute silence broken only by the sound of ice cracking, rolling and splashing into the fjord. A few chunks are hauled on board and chipped into glasses. Cocktails are poured and mini-explosions erupt in our glasses as 10,000 year-old air bubbles escape from ancient ice like Mother Nature’s champagne. 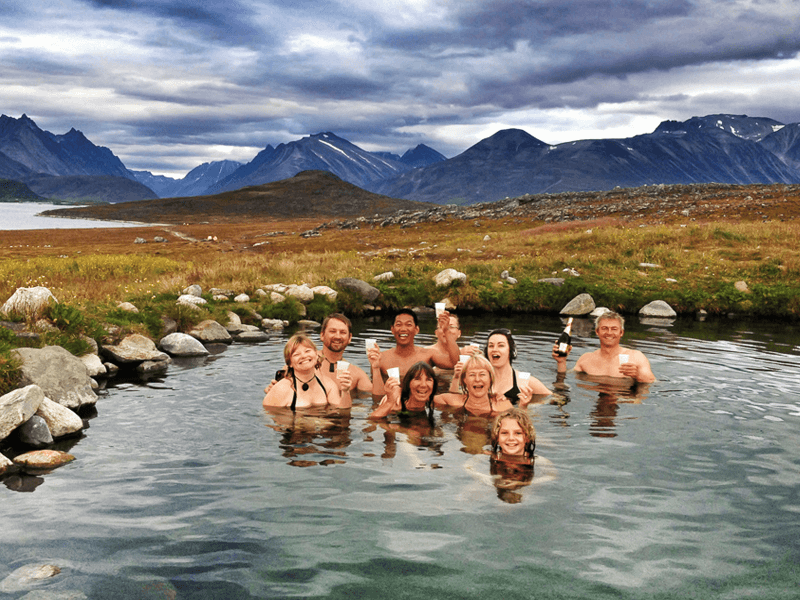 People sitting in a hot spring in Greenland. Courtesy of the planet D.

Europes underated gem Belgium, it has picturesque cities – Bruges, Antwerp, Ghent – and in Brussels a walkable capital with great museums. The food and drink is a gustatory blast (think the world’s best beer, chocolate and chips), the countryside flat and placid, the seaside surprisingly chic, while cultural treasures range from medieval masters to Tintin. Yet the words ‘Belgium’ and ‘holiday’ don’t usually mix. From 2014, a huge influx of visitors is expected due to the 100th anniversary of the outbreak of WWI, a festival of remembrance lasting until 2018 which may change preconceptions.

Belgo-newbies will find medieval towns where culture and gastronomy meet, with Gothic buildings, paintings by Breugel, Van Eyck and Magritte, canals and cool shops. And they’ll discover mellow meadows, where cows moo beside monuments, and battlefields and cemeteries that testify to the horrors of a war now shifting from living memory. 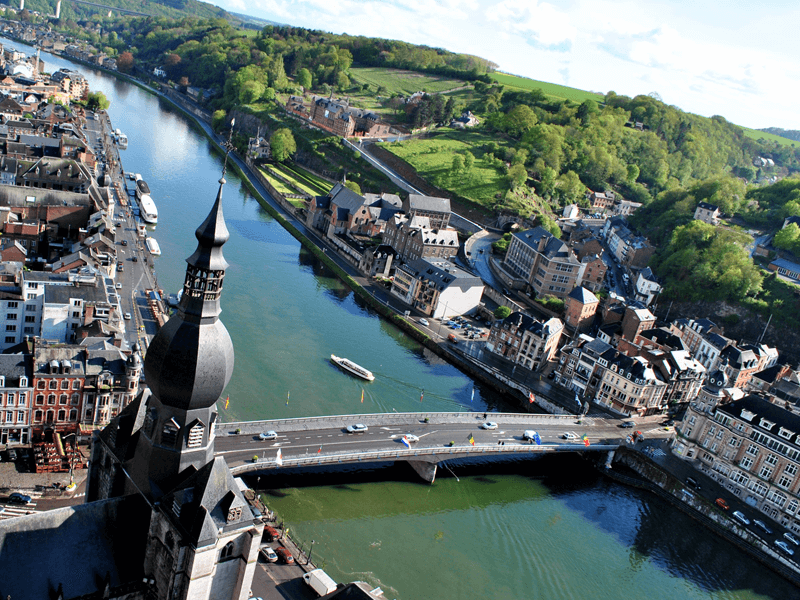 Known for its medieval old towns and Flemish Renaissance architecture.

Located in Northern Europe, the Faroe Islands are truly unique, Its one of those places on this planet I always wanted to go,. An archipelago made up of a group of 18 islands which 17 are populated mostly along its coastal lowlands due to precipitous terrain. They are located between the Norwegian Sea and the North Atlantic Ocean, about one-half of the way from Iceland to Norway. English is widely spoken however Faroese it’s the national language, rooted in old Norse. Nordic lenguages are also understood by most locals.

The Faroe Island might seem inaccessible and hard to reach, but the truth is that they are just a short flight away from most of the major airports in the UK and Mainland Europe, making them rather easy to travel to. It seems to be the perfect place for outdoors lovers looking to explore a unique setting.

The Faroe Island offer amazing scenarios and are a favorite destination among Fauna and Flora lovers; but it is not all outdoors. The spirit of the local towns is really unique, on one side, it all feels so charmingly retro and old fashioned, but on the other hand, local lifestyle is youthful and remarkably modern, with a particular attention to art and culture. This might not be one of the most buzzed-about touristic havens, but this is why this place is so appealing to me and my neighbor, non-tourist-trapped, unspoiled, unexplored, unbelievably charming and special!

The Twelve Apostle National park on the Great Ocean Road, Australia. Traversesing rainforests, as well as beaches and cliffs composed of limestone and sandstone, the most incredible landmarks including the Twelve Apostle limestone stack formations. Formed by erosion: the harsh and extreme weather conditions from the Southern Ocean gradually eroded the soft limestone to form caves in the cliffs, which then became arches, which in turn collapsed; leaving rock stacks up to 45 metres high. Now because of this erosion there are less than ten remaining. On July 3rd 2005, a 50 metre tall stack collapsed, leaving eight remaining.

To get to this spot you have to take the amazing Great Ocean Road, winding through varying terrain along the coast and providing access to several prominent landmarks, much of the road hugs coastline affectionately known as the Surf Coast between Torquay and Cape Otway and the Shipwreck Coast further west of Cape Otway, providing visibility of the Southern Ocean. It definitely makes one of the travel highlights of 2015.