Whether it’s for the exercise, a cooling dip as temperatures soar, or just the sheer fun of splashing around, the following selection of public pools dotted around the globe offer not only memorable settings, not to mention they aren’t tourist-trap destination as you’ll surprisingly find a lot of locals. 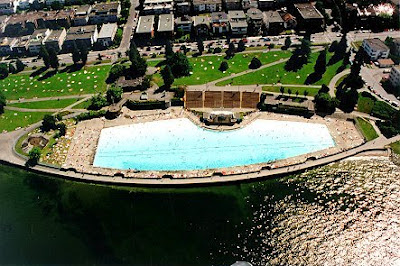 Ok, so,. I’m walking in the Vancouver neighborhood of Kitsilano one day and I hear the splashing and laughter of adults and kids in the near distance,. Its not even summer yet (not officially anyways..) but people were taking to the salty sensation of this pool. Yes!,. you heard that right,. a salty swimming pool. Its nothing new, Vancouver its one of the latest cities in the world to get one.

Kit’s outdoor pool opened May 2014. At 137 meters (150 yards), It’s Canada’s longest pool, almost three times longer than an Olympic pool and Vancouver’s only heated salt water pool. You’ll find it perfectly located right along English Bay and only steps away from the gorgeous Kits Beach. almost three times longer than an Olympic pool—and Vancouver’s only heated salt water pool. With its white bottom and turquoise water and its spectacular views–of the ocean, the mountains, Kits Beach, and the skyline of Vancouver’s West End, glittering across English Bay–Kits Pool is a vacation destination unto itself, and just stepping through the gates feels like an escape. 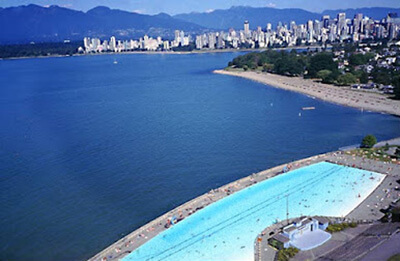 Sidney its another planet when it comes to outdoor swimming pools,. my favorite of them all its Bondi Icebergs, Sydney.

When you think of Australian beaches, it’s usually beautiful stretches of sand, rolling luscious surf, babes laying out to bake, and the odd irrational but understandable fear of sharks and jellyfish lurking in the unknown depths. I love the beach, but sometimes when you want to get some serious swimming done and get that blood pumping, a pool can be a tad easier than worrying about dangerous rip tides. This is when “The Icebergs of Bondi” comes in. Safe place to swim, surrounded by the gorgeous Australian Beach area and still have the hot sun beating down on ya. 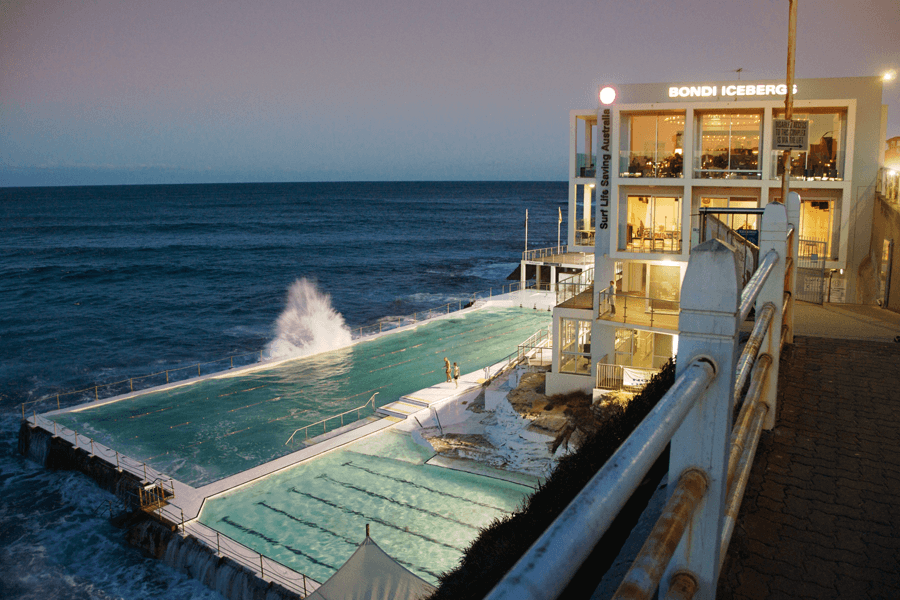 I’ll just give you a quick history about this pool: Fifty years ago a group of winter swimmers enthusiasts used to gather on the rocks at South Bondi on Sunday mornings to indulge in their favourite pastime of winter swimming. There were a mere eight or nine such pioneers and they swam regularly in what was then, and is now known as the Bogey Hole, near Bondi baths. After a few seasons they thought of having a few races would be a excellent idea.

The Bondi Icebergs are quite an institution in Sydney since it’s been around since the 1920’s to provide a safe area to regularly swim in the winter months. It soon became a winter swimming club where the ‘newbies’ were initiated into the club by walking around the pool fully clothed… then being pushed in. Not a very extreme initiation…unless you can’t swim that is.

Visitors are always welcome at Bondi Icebergs. However, being a licensed club, we require anyone living within a 5 kilometre radius of the club to be a member (click here for details) or be signed by a member to gain access. If you live outside that range you can sign in as a visitor at reception. The same applies if you are visiting from overseas or interstate. 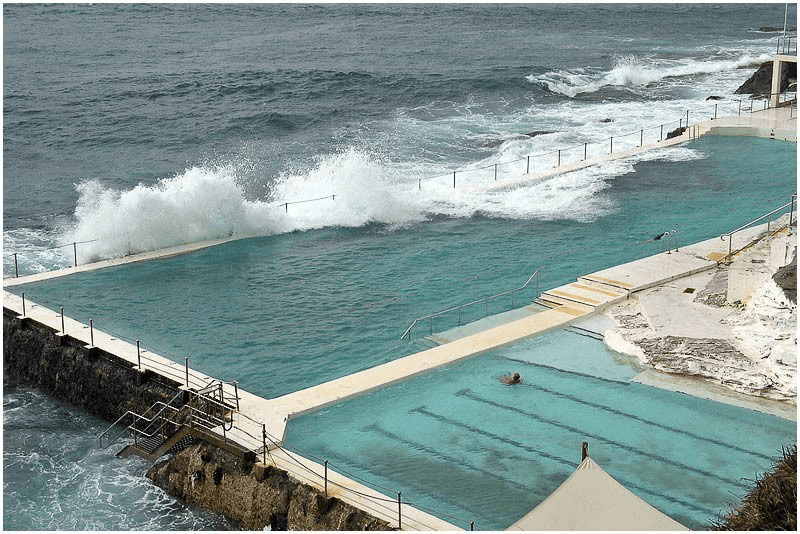 Pacific waves frequently crash over the wall and top up the pool at Bondi Icebergs swimming club.

Barton Springs Pool, Austin, Texas. Constructed in 1940, it has been a summer staple for many years and is known for being Austin’s no. 1 natural pool. Good for year-round swimming this 1.2 hectare, 300m pool in Zilker Park fed by natural spring water at an average temperature of 21C. It’s said that a five-year-old Robert Redford learned to swim here. Barton Springs Pool has drawn people from all walks of life, from legislators who have concocted state laws there to free-spirited, topless sunbathers who turned heads in the 1970s. Today, Barton Springs still attracts a diverse crowd of people and has seen record setting numbers of visitors nearing 800,000 in recent years.

The large pool is framed by tall Oak trees and a grassy, hill-covered lawn where visitors like to lay out and soak in the sun, nap, or read a good book between dips. Barton Springs’ depth ranges from very shallow and kid-friendly to 18-feet deep. Facilities include bathrooms with changing rooms and showers, a walk-up snack bar, and picnic tables. 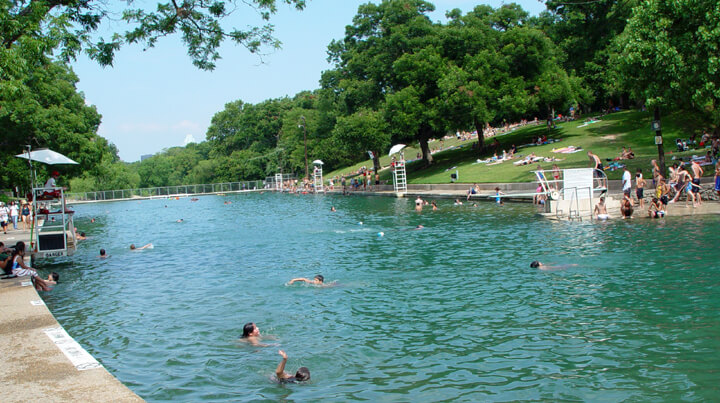 2 Responses to “Sensational swimming at these summer-sizzlin’ pools.”