Once upon a time she was the “Queen of the Skies”. Notice the WestJet Boeing 737 in the background. Interestingly, over 10,000 Douglas DC-3s were produced during the period 1935-1945; the Boeing 737 is set to achieve the same milestone as the 737 family has surpassed 10,700 orders and, as of April 2013, more than 7,500 of the type have been delivered. Essentially, the DC-3 and the 737 are the airline work horses of their respective generations (although many commercial DC-3s were converted military C-47 military transports). 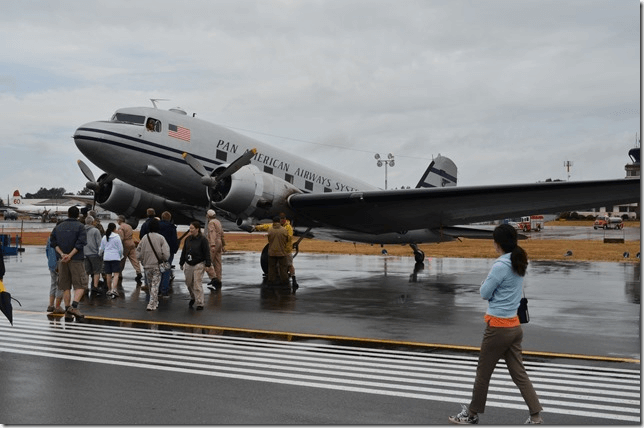 A Vintage era of Pan-Am planes 1

The DC-3 was placed in service by Pan American Airways in 1937 and the type served with the airline for many years. In September 1946, Pan American flew DC-3s from Miami to Buenos Aires in 73 hours on a routing through the Caribbean and down the eastern seaboard of South America. Pan American flight 203 left Miami every day except Sunday at 06:30 and would, after no less than 20 stops enroute, arrive in Buenos Aires at 17:30 three days later (leave Miami Monday morning, be in Buenos Aires on Thursday afternoon). If you were in a hurry, you could choose to fly a more westerly route via Cuba, Colombia, Ecuador, Peru, Chile and Argentina daily using Pan American Airways’ and Pan American-Grace Airways’ (Panagra) flight 301, also on the DC-3, in a mere 71 hours, a savings of two hours over the Easterly routing! Today, American Airlines flight 943, a Boeing 777, covers the same distance non stop in a short 8 hours 45 minutes…leaving Miami at 23:55 daily and arriving in Buenos Aires the next morning at 09:40. Technology has definitely made the planet we live on a smaller place! 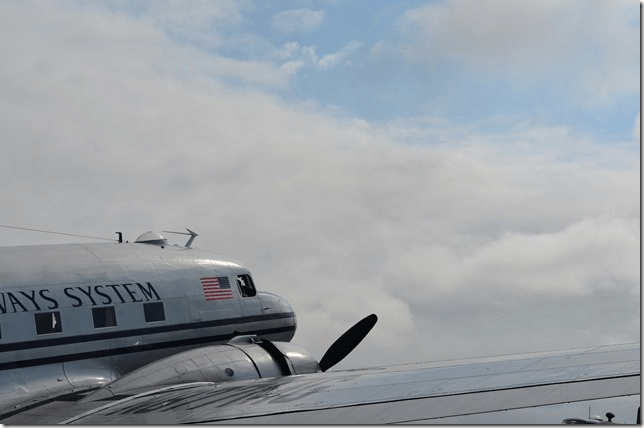 A Vintage era of Pan-Am planes 2

3. Although the props aren’t turning,

one can easily imagine this beautiful silver bird taking to the skies to destinations far and wide. American, United, TWA and Eastern Airlines ordered over 400 Douglas DC-3s. It was the DC-3 that paved the way for the current day American air travel industry. 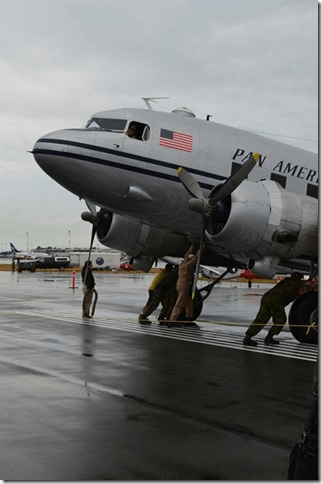 A Vintage era of Pan-Am planes 3