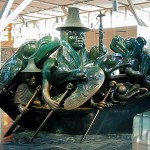 First off, history: The word Haida means simple “people” -people of the islands. This was a small nation unto itself, protected by forbidden seas, making them geographically aloof, sea buttressed and distinctive.

Links and diversity within the Haida Nation was gained through a cross lineal marriage system between the clans. This system was also important for the transfer of wealth within the Nation, with each clan reliant on the other for the building of longhouses, the carving of totem poles and other items of cultural importance like sea-worthy canoe building.

The Haida occupied more than 100 villages throughout the Islands. They were skilled traders, with established trade links with their neighboring First Nations on the mainland and farther afield. The Haida had a stable existence and vibrant culture at the time of European contact. It is unclear how people arrived on Haida Gwaii; but what is certain is that possibly as far back as 13,000 years ago,a group of people inhabited these Islands and developed a culture made rich by the abundance of the land and sea. These people became The Haida, they were a matriarchal society, the women made the decisions prior to European contact. The Haida are a linguistically distinct group, and they had a complex class and rank system consisting of two main clans: Eagles and Ravens.

The islands are separated from the British Columbia mainland to the east by Hecate Strait. Vancouver Island lies to the south, across Queen Charlotte Sound, while the U.S. state of Alaska is to the north, across the disputed Dixon Entrance. Temperatures are moderate year round, whilst rainfall is generally heavy especially in the autumn months. The climate is mild and rainy, very similar to the climate of the west coast of Scotland in terms of average temperatures and precipitation.

Haida Gwaii consists of two main islands: Graham Island in the north and Moresby Islandin the south, along with approximately 150 smaller islands with a total landmass of 10,180 km2 (3,931 sq mi). Gwaii Haanas National Park Reserve and Haida Heritage Site which is mostly Moresby Island (Gwaii Haanas in Haida) and adjoining islands and islets. Also protected, are several provincial parks, the largest of which is Naikoon Provincial Park on northeastern Graham Island. The islands are home to an abundance of wildlife, including the largest subspecies of black bear, and also the smallest subspecies.

Archaeological finds have documented more than 500 ancient Haida sites, including villages and burial caves throughout the islands. The most famous village is SGang Gwaay (Ninstints) on Anthony Island, where rows of weathered totem poles stare eerily out to sea. 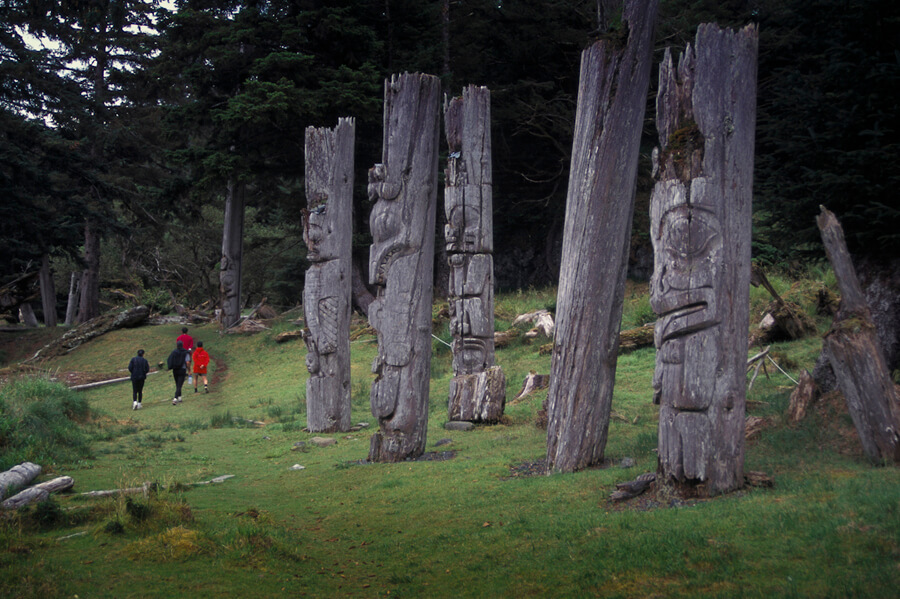 Other major sights include the ancient village of Skedans , on Louise Island, and Hotspring Island , whose natural springs disappeared, possibly temporarily, as a result of the October 2012 earthquakes. The sites are protected by Haida Gwaii watchmen, who live on the islands in summer. Access to the park is by boat or plane only. A visit demands a decent amount of advance planning and usually requires several days. From May to September, you must obtain a reservation, unless you’re with a tour operator.

Much of the island’s northeastern side is devoted to the beautiful 726-sq-km Naikoon Provincial Park, which combines sand dunes and low sphagnum bogs, surrounded by stunted and gnarled lodgepole pine, and red and yellow cedar. The beaches on the north coast feature strong winds, pounding surf and flotsam from across the Pacific. They can be reached via the stunning 26km-long Tow Hill Rd, east of Masset. A 21km loop trail traverses a good bit of the park to/from Fife Beach at the end of the road.

Hiking its a phenomenal activity in Haida Gwaii. One of the amazing trails its 20 minutes through ancient stands of spruce and cedar to pristine Yakoun Lake , a large wilderness lake towards the west side of Graham Island. A small beach near the trail is shaded by gnarly Sitka alders. Dare to take a dip in the bracing waters or just enjoy the sweeping views.

One last thing about Haida Gwaii is “HaidaBucks”, a 60-seat restaurant in a town of 700 on the remote northern edge of Haida Gwaii, was just an aromatic drip in the rain forest before the international coffee giant Starbucks filed a trademark-infringement lawsuit last spring. In true David-and-Goliath fashion, the owners of HaidaBucks stood up to the multibillion-dollar company, becoming international heroes in the process.
The owners of HaidaBucks, who opened the café in 1999, refused to budge. They argued that “bucks” is a colloquial expression, akin to “dude,” that young native men use among themselves. “Three of the original owners were Haida,. And the other guy was married to a Haida woman. So we decided to call ourselves HaidaBucks. 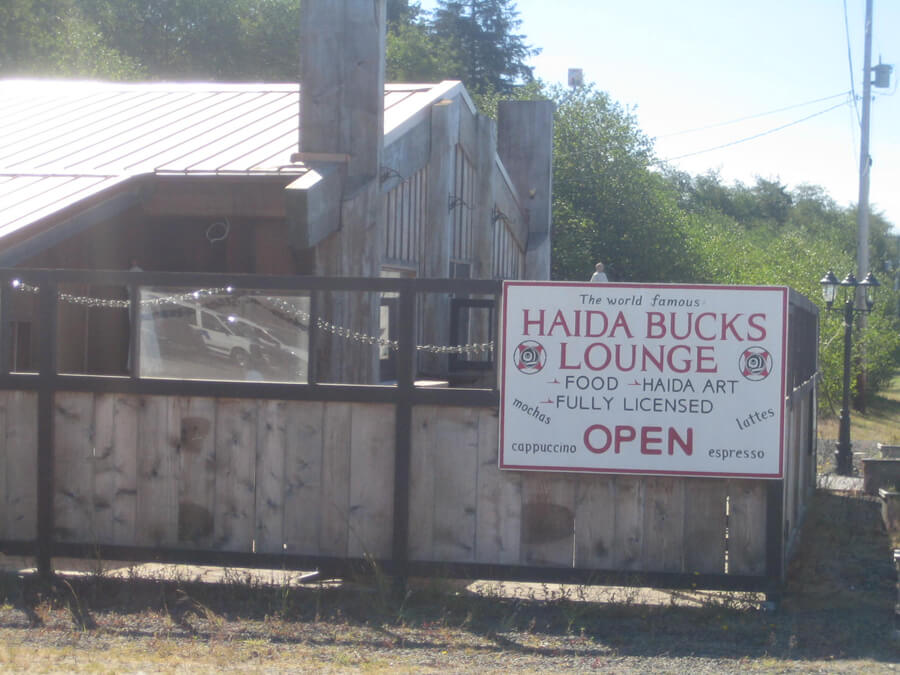 Unlike Starbucks, HaidaBucks it’s a small town coffee shop in the middle of nowhere. It employs a full-time chef who dishes up everything from sushi to steak dinners and of course self-serve Canterbury coffee for $1 a cup.
I don’t think Starbucks knew what it was getting itself into, when they took on HaidaBucks, they took on, to some extent, the entire Haida Nation. After the word got around generating a huge amount of publicity and an outpouring of encouragement.
“If there’s a moral to this story, it’s that you shouldn’t back down to anybody who tells you what to do. If you know you’re right, pursue it, even if you’ve got a big bully coming at you.”

There are so many things you can do visiting Haida Gwaii I couldn’t possibly put them all in one post so I’ll make it a part two and start working on it.

To prevent the Island from being logged they are protected as a World Heritage Site.