Every time I visit my sister in Calgary, Alberta I fly over the majestic Rocky mountains. Its a mountain range stretching from Alaska to Colorado passing thru the Canadian provinces of British Columbia and Alberta. Every time they are blanketed by a layer of fog,. not this time. So I took my phone and started snapping pictures like crazy,. I only picked the best few of course. 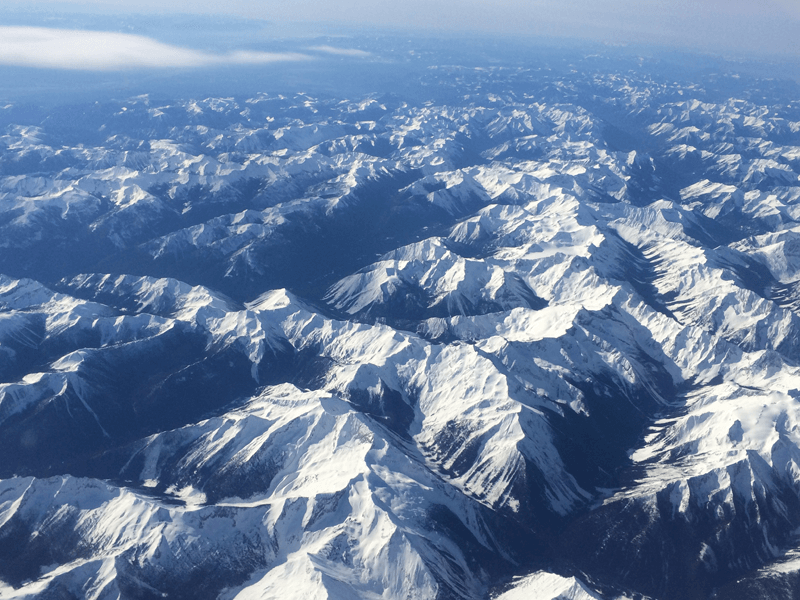 Rock and snow as far as the eyes can see.

From above doesn’t look like much but on the ground its a land of snow-capped mountains and crystal clear alpine lakes you’ll find one of the most beautiful, unspoiled spots on this planet you can imagine. Amid scenery that will take your breath away, the Rocky Mountains are a year-round adventure playground, offering a wealth of winter and summer activities. Enjoy all the alpine towns the Rockies has to offer.

The beautiful villages of Banff, Jasper and Lake Louise are located within a few hours of each other, offering their unique Canadian appeal and a range od=f accomodations from backpacking to the luxury, from the simple and rustic to the majestic. 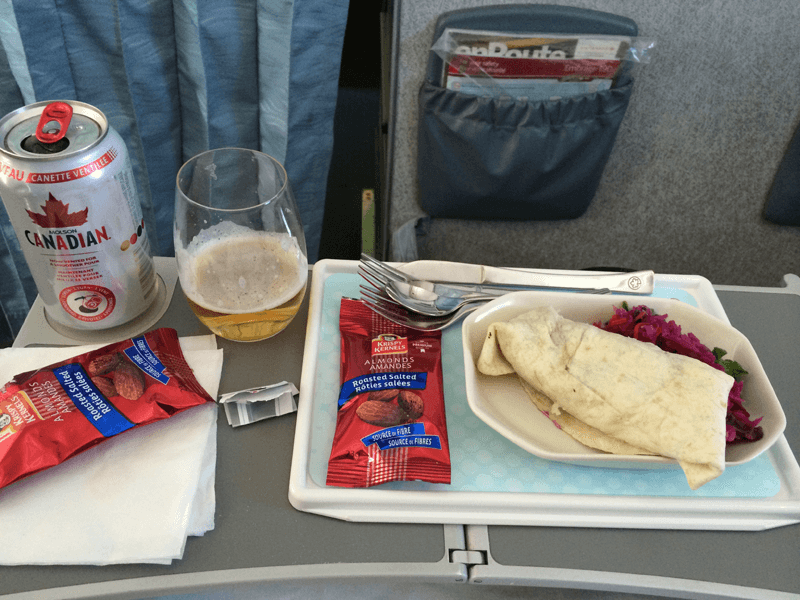 Time for lunch, tacos anyone?

You get to be fed a light lunch but surprisingly very delicious for a flight meal. 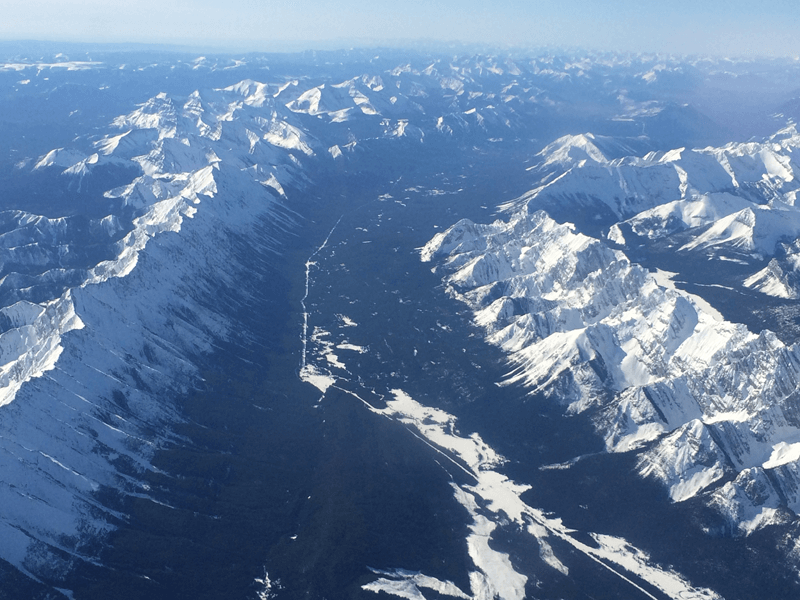 The human record in the Canadian Rockies is less than 4000 years old.

The Rocky Mountains, North America’s largest mountain system, are widely known for their vistas of spacious subalpine valleys and rugged, exposed rock faces. The Canadian segment of the Rockies extends 1200 km from the American borders of BC and Alberta to the Liard river basin. 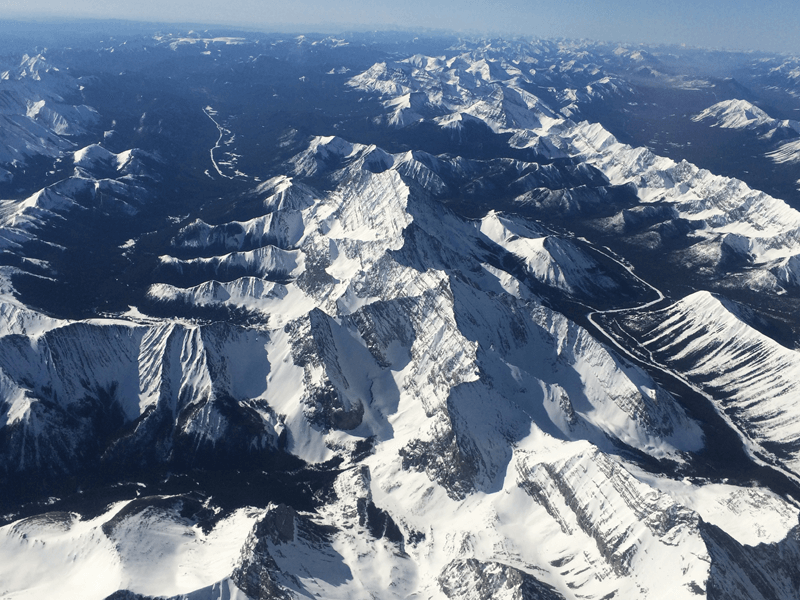 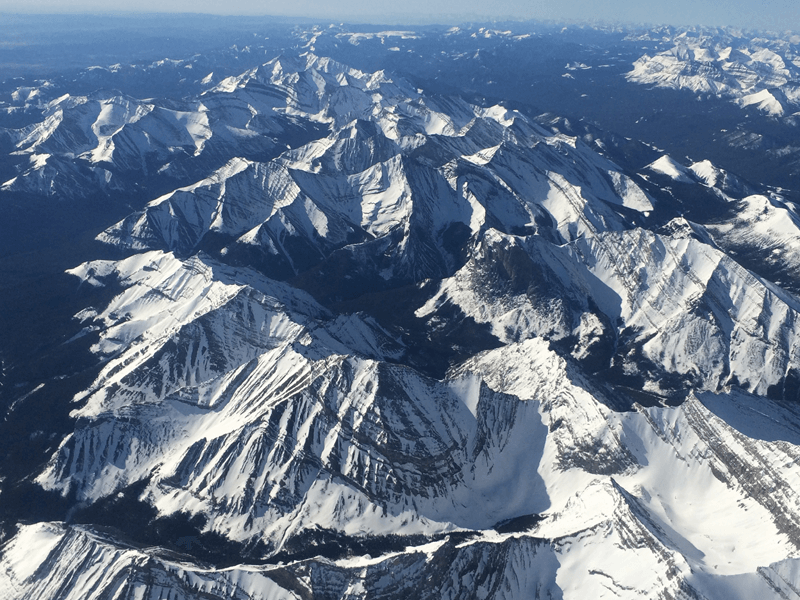 The Canadian Rockies have numerous high peaks and ranges, such as Mount Robson (3,954 m (12,972 ft)) and Mount Columbia (3,747 m (12,293 ft)). The Canadian Rockies are composed of shale and limestone. Much of the range is protected by national and provincial parks, several of which collectively comprise a World Heritage Site. 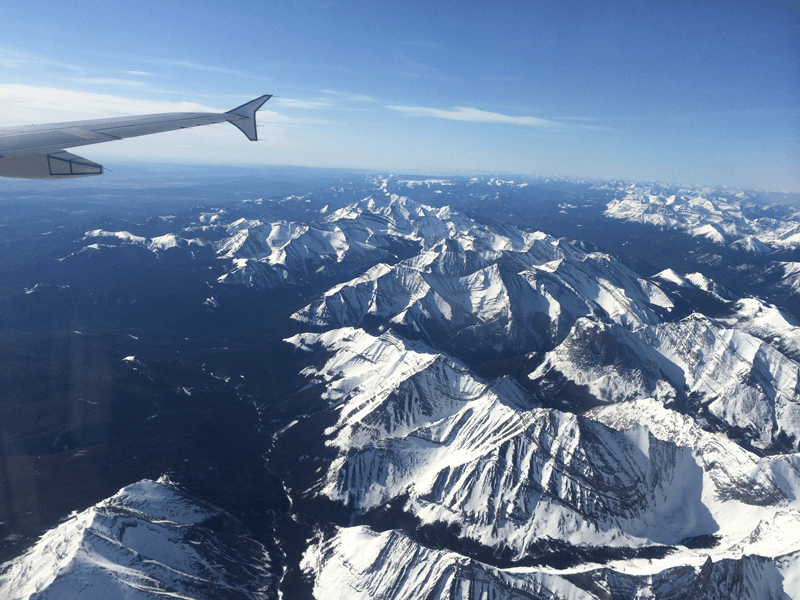 The edge of the Rocky mountains near Banff, Alberta.

We left behind the white snow-capped mountains and into the fog approaching the city of Calgary, Alberta. 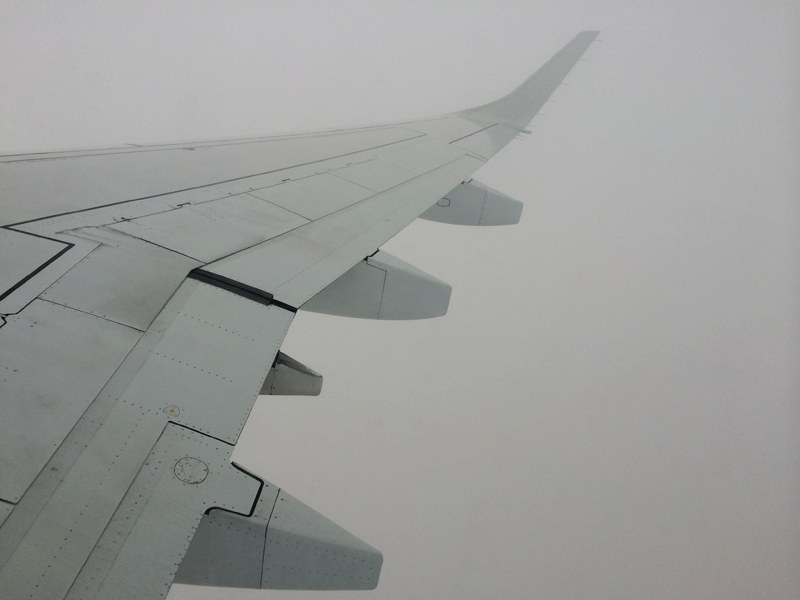 It got foggy for a while.

Suddenly appearing the city of Calgary and we were ready for landing. 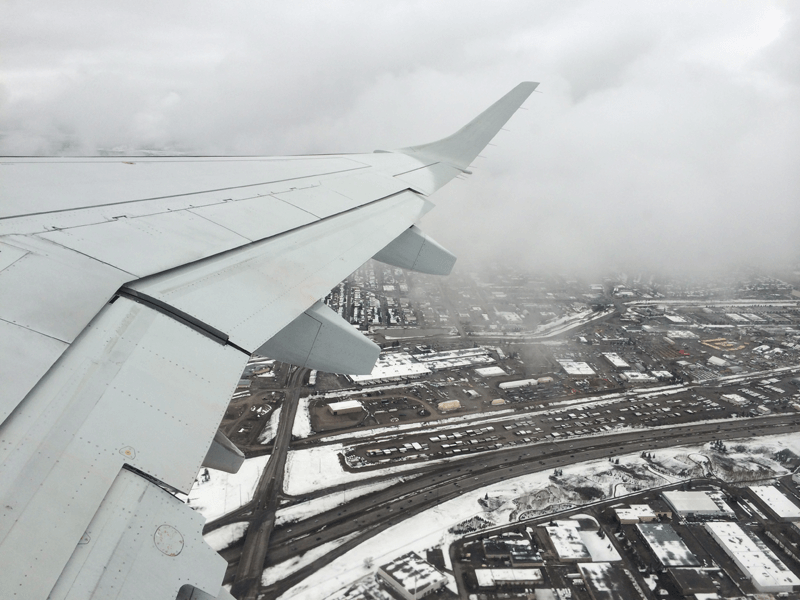 Then the city appears just below us.

Dazzling peaks, lush alpine meadows, turquoise lakes, virgin forest, towering waterfalls and wildlife galore. You can hike, bike, ski, skate, dogsled, paddle, golf, horse-back riding, raft and fish your way through some of the most spectacular scenery on the planet.