For the last 45 years, workers in Noorderpark have gotten out of the elements and caught their breath in a ratty storage shed tucked into the woods of this 5,900-acre park north of Amsterdam. No more. A design studio recently completed an airy, warm, and stealthy little shelter on the site of the former structure. That they call it Thoreau’s Cabin is a nod to the simplicity and modest goals of the building. 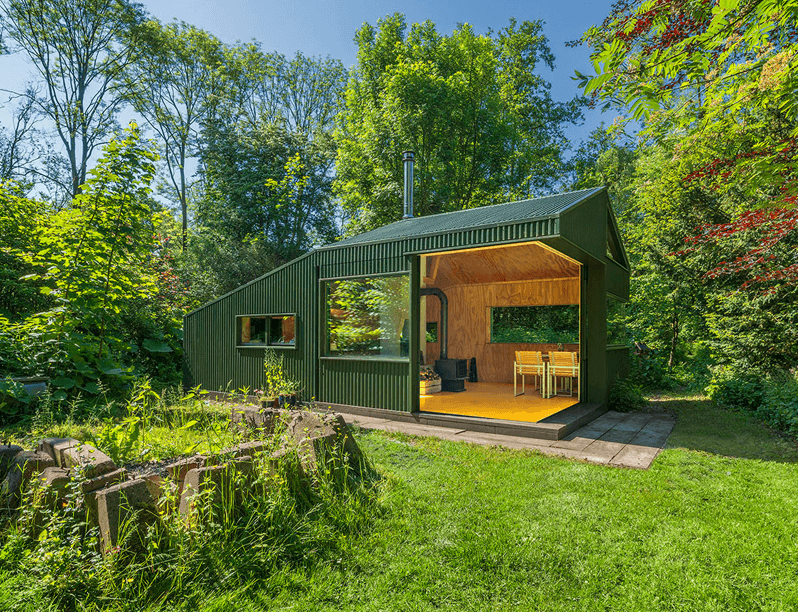 Sticking to the size of the 1966 shed meant the architects could avoid permits — it’s just 376 square feet, but feels much larger.

“Hidden in the forest and covered by lush foliage,” the design firm writes, “the volume has been shaped so that it reveal its presence only at the very last moment. Two large sliding doors open up the entire corner of the building blending the interior with the surrounding open space, a little green meadow where sheep graze to keep the young trees at bay.” 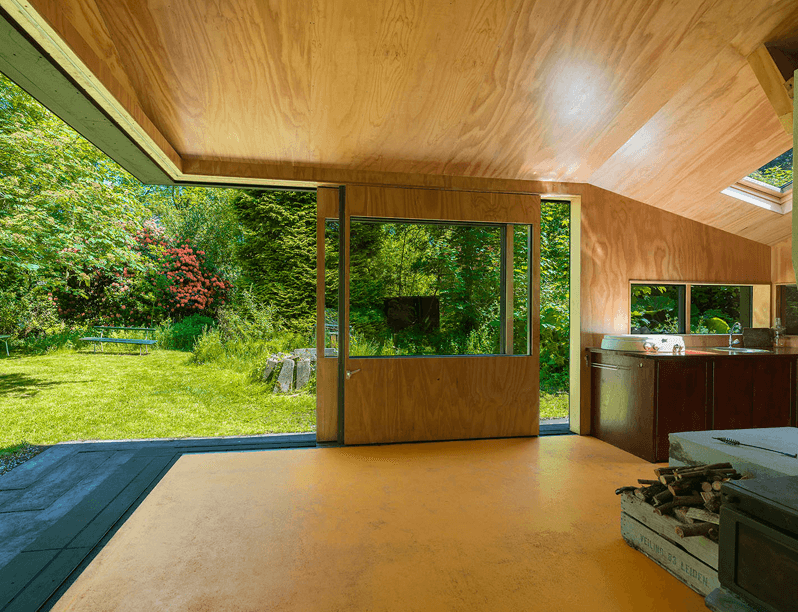 Simplistic and modest is the name of the game.

Noorderpark itself in the midst of a renaissance. It was pieced together from two smaller parks, Florapark and Volewijkspark, which were run down and poorly maintained. Now under new management, with a more cohesive approach, Noorderpark is getting a modern facelift even down to its ranger shelters.

“It has neither running water nor electricity,” says CC. “Local wood is used to fire up the cooking facility and the fireplace. The layout consists of a small storage, a washroom with washbasin, and a larger general space that includes the stove and chimney sculpture. Together they form a tree like roof support structure that is covered by a green aluminum envelope creating a protective yet open canopy that blends into its natural surroundings.” 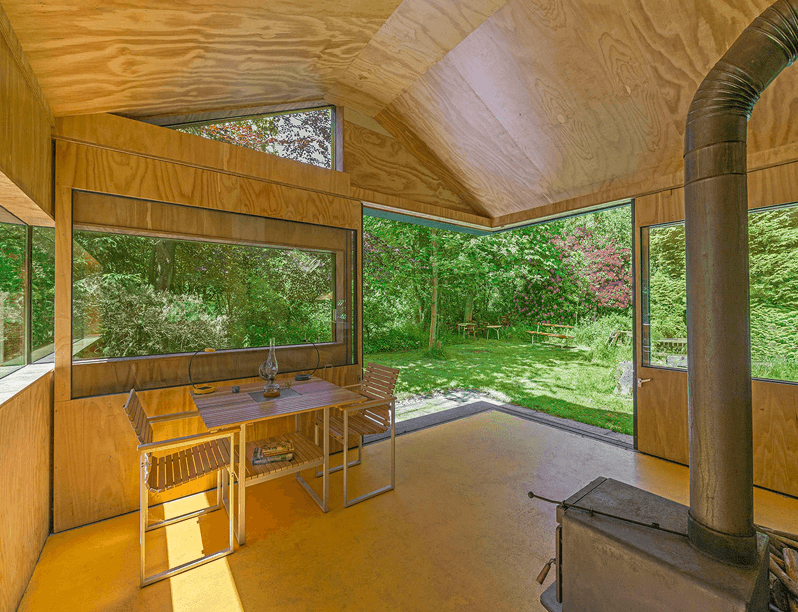 A design that blends into its natural surroundings.