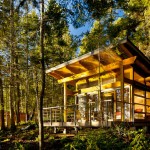 The modern cabin is all too frequently more modern than cabin , but the four small dwellings designed by Osburn Clarke in the Gulf Islands of British Columbia are decidedly grounded in the traditional. Yet they still retain the open and airy nature of the contemporary.

They take advantage of coastal B.C.’s long, often languid summer days, with low-voltage LED lighting driven by solar panels. And when it rains — it does rain in B.C., sometimes – they collect water from their roofs. And special noteworthy point: That blanket on the bed is Pendleton Woolen Mills’ Glacier National Park commemorative throw, 100 percent wool and made in Oregon — a must-have for any cabin worth its salt. 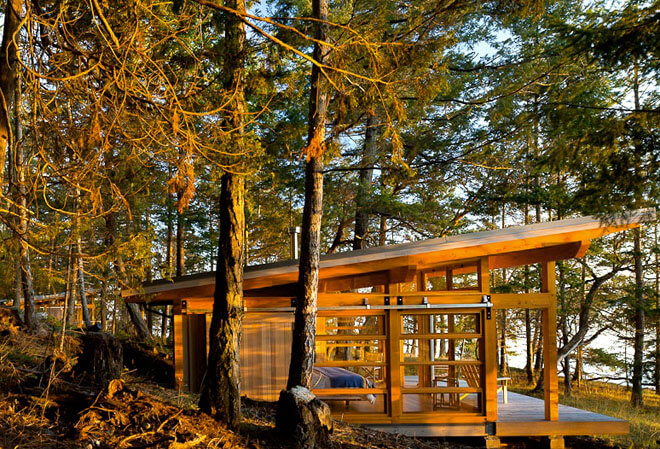 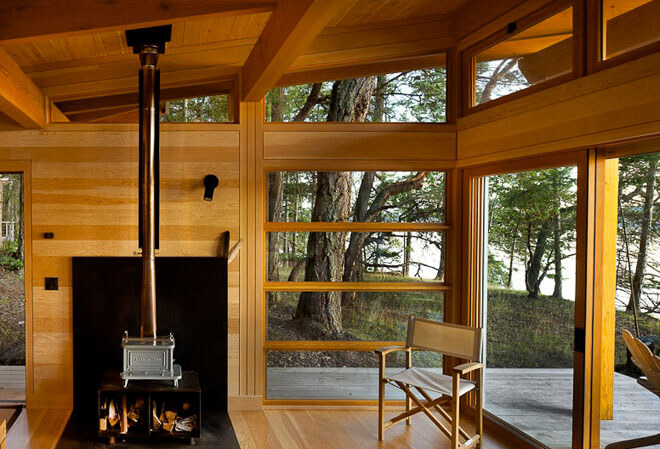 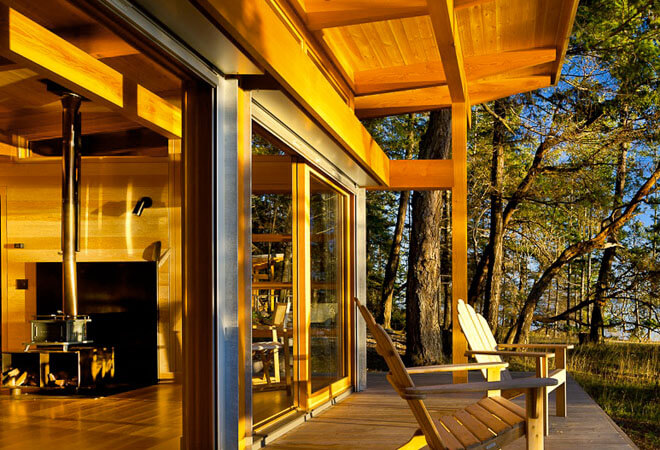