This little known archipelago located off the south-east coast of Africa to the east of Mozambique and north-west of Madagascar. Annexed by the French over the course of the 19th century, three of the islands – Grande Comore, Mohéli and Anjouan – obtained independence in 1975; Mayotte, the fourth island, has remained a French territory. 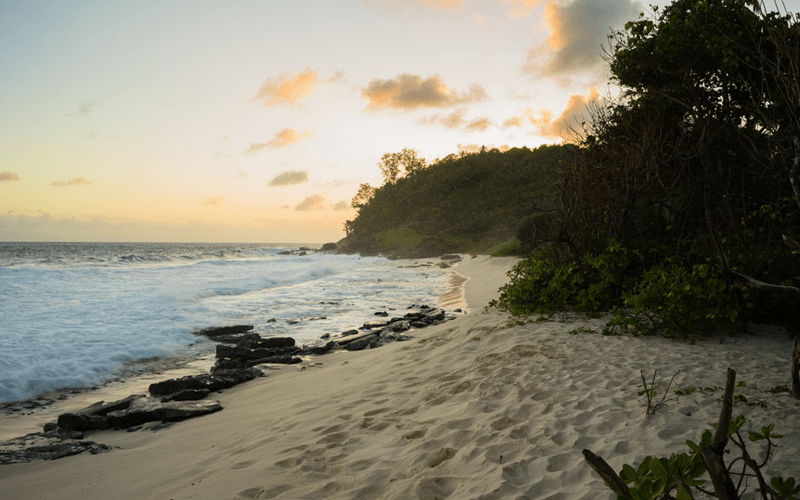 Like their better-known Indian Ocean sisters Mauritius and the Seychelles, the Comoros have tropical charm: the temperature is a blissful 20 to 30°C year-round, palms swing in the breeze, and the water is turquoise. But the similarities stop there. Whereas Mauritius and the Seychelles have fine-tuned their high-end tourism offering over the past three decades, the Comoros have remained seemingly impervious to mass tourism. There are just 3,000 tourists a year, many of them curiosity-seekers on a quest to visit every country in the world, and that is precisely the appeal.

Grande Comore is the most diverse, and perhaps the most traveller-friendly of the Comorian islands. Moroni itself doesn’t feel like much of a capital – it is lively but unhurried. The medina (old town) is reminiscent of so many others in Africa and the Middle East, albeit slightly more dishevelled: beautiful carved doors, small winding lanes and minarets peaking through the skyline. The port fills up and empties with the tides and the air is fragrant with frangipani trees and bougainvilleas. 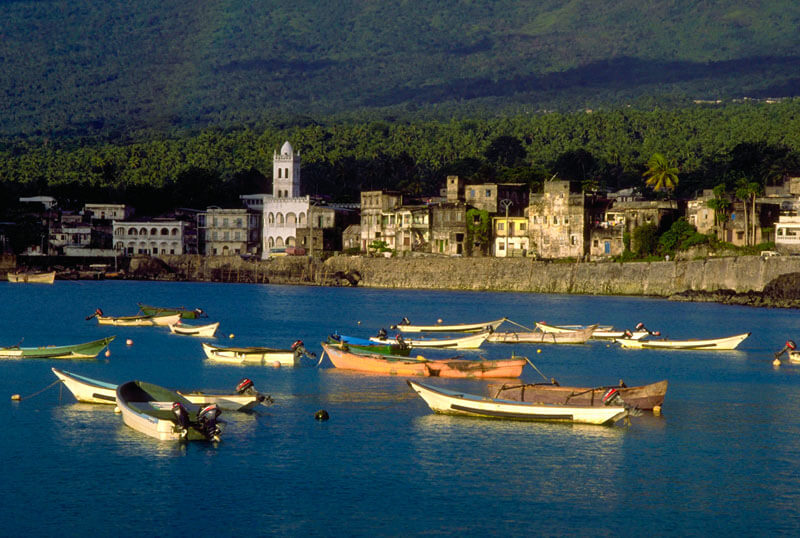 The largest island of the Union of the Comoros, with its capital Moroni.

The southern half of Grande Comore is dominated by the large Karthala volcano, one of the most active in the world, whose lofty summit (2360m) seems to be perpetually lost in equatorial clouds. The mountain is a popular two-day trek (with overnight camping on the slopes) that winds through thick forest before reaching the lunar landscapes of the crater.

Moheli is the unspoilt one of the islands, Mohéli is a major turtle nesting site, meaning that travellers are virtually guaranteed to see turtles – whether nesting, hatching or whilst snorkelling. The village of Itsamia on the southeastern tip of the island has made turtles its raison d’être. Villagers used to eat turtles here; now they are involved in scientific monitoring and actively protect the turtles to encourage ecotourism.

Anjouan has a distinctive triangular shape, Its the most populated of the Comorian Islands. Along witl Moheli, it is the only place where you can see the endangered Livingstone fruit bats. These giants (their wingspan reaches 1.5m) live in small colonies high up the mountains. To unwind, Moya in the south of the island is the pretiest and most accessible beach.

Merchants traveled between the Comoros and a number of ports in the Indian Ocean.

On the Comoros there are numerous tropical ecosystems that are primarily dependent on the altitude. Unfortunately, the flora has only been poorly studied. There you can find many kinds of tropical plants, large numbers of which are endemic. Like most islands, the diversity of the local flora suffers from two pressures, on the one hand the reduction of available space caused by the reduction of biotopes due to the invasion of humans in what used to be the wildest areas and on the other hand the invasion of exotic plant species such as guava trees.

The mountainous islands have diverse microecologies with spectacular scenery, exotic plants and rare animals. Several species of animals are unique to the Comoros. One, Livingstone’s Flying Fox, is a fruit bat that soars on wings spanning more than four feet! It roosts in steep-sided valleys high in the mountainous forests of Anjouan and Moheli.

I’m looking for the right time for me to travel there, looks very interesting and off-the-beaten-path kind of place. I have no idea how safe is to travel to the Comoros, there is no travel data available, you’ll have to rely what’s on the government site. I you ever venture there just be safe and let me know you experiences.